A downloadable game for Android

Enemy Shoot Down is an action-packed Modern War shooting game on the Playstore.

Fight off the incoming waves of enemy forces in a fierce battle to save your land. Join the battle, face the challenge to assassinate the enemies and save humanity.

If you love shooting then this ultimate shooting game is the right one for you with Thrilling fun maximizing the action gaming feel!

Alert! The enemy goal is to cause destruction and spread fear among humans.

In this visually stunning mountain valley environment, the enemy paratroop squadron has landed from helicopter to attack and assassinate you. You are the only fighter and play the part of a special army force commando. With limited visibility and very little time to work with, you are tasked with targeting various fighters, often at a very long distance. Try to shoot every enemy before falling down as if 3 enemies land on the earth then your mission will be a fail result in the game over.

Open your fire and Strike the attackers come in helicopters and come down to ground by parachute. It's not a mission impossible you just have to AIM and Shoot at the right time with accuracy and can win against those fanatics while defending your territory and make this Mission possible and successful.

Download Enemy Shoot down and enjoy the never ending thrill and adrenaline rush.

⟴ Kill the Enemies and Save Human being

⟴kill and score as many as you can

Simple Operation and endless fun will allow you to become a powerful shot expert! 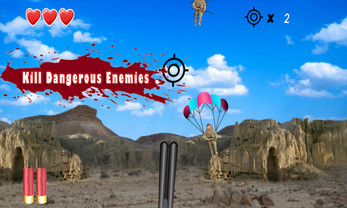 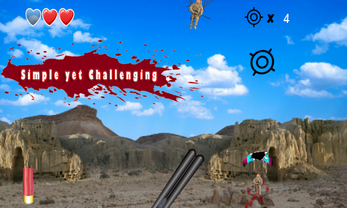 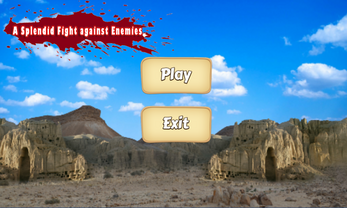 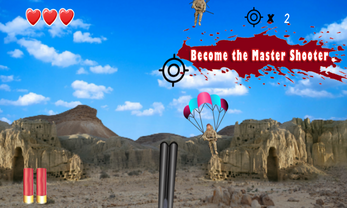